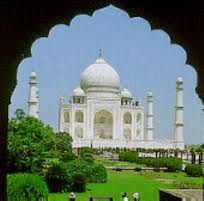 Incredible Golden Triangle Tour
Golden Triangle Tour is one of the most fascinating tour for the tourist, as in it tourist journey start from the heart land of India, and ends at the City of forts and palaces. Golden triangle tour comprises of three most popular tourist destination cities of North India ie(  New Delhi), The capital of Republic of  India,   Agra,( The historic city and the capital of the Moguls) ,and at the last the capital of Rajasthan and the city of forts and palaces ie, Jaipur.
The journey of your tour will begin from capital, it is home magnificent monuments constructed during Mogul’s British and Modern era. The city presents finest and traditional charm of modernity traditional charm. You will see here India’s top three UNESCO world heritage Sites – Red fort ,Qutub Minar , and Humayun ‘s Tomb . You will see other historical monument and sites like, Rajghat (the final resting place of Father of Nation Mahtma Gandhi ji, ), India Gate (an imposing war memorial ), Old fort  and National Museum. You will also see some religious sites such as Jama Masjid (the largest mosque of India) , Laxmi Narayan temple, Lotus Temple, Chhatarpur temple and Akshar Dham Temple (the largest Hindu temple complex in the  world). Thus the city has lots to offer its visitors and never fail to lure them at all.
After having some lunch in a road side dhaba on the highway we will move towards  Agra,the city of Love and peace “Sulah kul Nagri”. A part from being an Sulah Kul Nagri it is a ancient and Historical city of India. It is located on the banks of Yamuna River in the Indian state of Uttar Pradesh. It is the real gem of golden triangle tour because it is home to the magnificient Taj Mahal – India’s star tourist attraction. Also called the symbol of Love , The Tajmahal is one of the Seven wonders of the world and a UNESCO world Heritage Site. Agra Fort, Itmad ud daulah, Rdha soami temple , Sikandra and the ghost city Fatehpur Sikri.
After Agra we will move towards the Pink city of India, Jaipur is one of the well planned cities in this country . It is the capital and largest city of Indian state  of Rajasthan . It has emerged as a much sought after destination of most itineraries of Rjasthan travel.  In other words it gateways of Rajasthan tours. City palace complex, Birla temple , Govind Dev ji Temple , Hawa Mahal (the palace of winds ), Jantar Mantar observatory , Jal Mahal , Albert Hall Museum , Jaigarh Fort , Nahargarh Fort  and Amber Fort are prime attractions for tourism in this city.
Thus it is obviously that on your Golden Triangle Trip  India wil definitely fascinates you and give you a delightful experience  that will last I your memories  for lifetime.